3 from Hell (2019) is a dark comedy horror movie written & directed by Rob Zombie. This is the final film of the Firefly film series.

The movie starts from the end of The Devil’s Rejects. Captain Spaulding, Baby, and Otis are mortally wounded by the gunshots and lie in their car.

At this point a news report is shown on national TV, talking about them. It is reported that the three of them survived the fatal injuries because they had Devil’s power inside them.

Here we understand that the events of Captain Spaulding, Baby, and Otis spread across the country. What surprises even more is that some people still support them after so much injustice and murder. They are agitating for their release using the tag ‘Free the Three’.

Captain Spaulding, Baby, and Otis are taken to the police court and presented before the judiciary. The trial sentenced them to life imprisonment and after the final verdict, Captain Spaulding was executed by lethal injection.

The movie takes a turn when Otis’ half-brother Foxy shows up and helps Otis escape from prison.

He then kills Rondo, who was one of the Bounty hunters shown in the previous movie.

The scene changes to Baby. A few psychiatrists examined her and found Baby mentally imbalanced. Because the events of a few days ago seemed to Baby to be 100 years old.

Day by day her condition started getting worse, and that’s why she got parole. But when some police officers tried to torture her, she instead fatally injured them.

Otis and Foxy on the other hand sleep in the woods where two climbers try to attack them. But on the contrary, Otis killed them.

He skinned the face of one of them and made a mask out of it. Making masks out of human skin is probably one of his favorite things. Because we have seen him doing this in every episode of the trilogy.

So forced, Harper agrees and sends Foxy to jail the next day as a guard. Here they make escape Baby.

Now, Otis, Foxy, and Baby are all free. They predictably kill all of the Harper family and leave the town.

Baby’s mental condition worsens with time. So Otis decided not to flee to Mexico.

At one point they rented a room for the night in a quiet hotel in the countryside. They were quite worried if anyone found out their identity. But nothing much happened so they are somewhat relieved. But in no time the hotel owner finds out about them and calls Rondo’s son Aquarius to inform him.

The next morning Aquarius arrives at the hotel with his entourage and attacks the three.

There is a massive gun battle and eventually, Aquarius is defeated.

Aquarius is imprisoned in a coffin by Baby. Then he poured gasoline thereon and set it on fire.

The living Aquarius continues burning in the coffin and the three of them walk away. The movie ends with this scene.

Teaming up with Otis’ half-brother Wilson (Richard Brake), the demented Firelfly clan are back to unleash a whole new wave of death and depravity.

A firestorm of murder, madness and mayhem will be released in this terror ride to Hell and back. 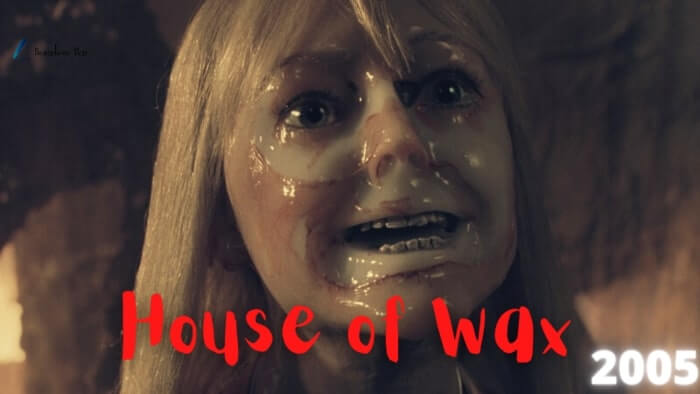