Mirrors 2 (2010) is a slasher horror movie directed by Víctor García. This is a single-strand movie which means its plot is independent of 2008’s part-1 Mirrors.

Max survived a car accident where his fiance Kayla dies. Max blames himself because he was driving the car although the other driver was responsible for the accident. This triggers him to addicted to drugs & alcohol.

To overcome emotional disturbance Max is undergoing with Dr. Beaumont and making some progress.

Max accepts the offer and joins as a security guard at Mayflower departmental store.

The former security guard injured himself by eating broken glass. But in reality, that night the mirror demon possessed his reflection and makes him do so whether he was not doing that intentionally.

On the first day of Max’s duty, Jack introduced him to manager Keller, buyer McCarty, and the vice-president Ryan Parker.

On his first day of duty, Max sees a ghostly girl’s reflection in the mirror. Later he views Jenna inside the mirror, ripping her head off. This makes Max so disturbed and frightened.

Meanwhile, in reality, Jenna falls slipping in the shower, and the glass door breaks. A piece of glass comes down to fallen Jenna’s throat and cuts apart her head from the body.

After getting the news of Jenna’s death realizes that somehow the mirrors are connected with the death. But in this stage, he does not know the exact reason.

After these horrible events, Max calls his father and wants to quit the job. But the demon seems not happy with Max’s decision and starts to threaten him to kill his father.

Max goes back to work at Mayflower and stands in front of the main mirror to communicate with the demon. His reflection in the mirror indicates a box. Max finds an ID of Eleanor Reigns. Max collects information about Reigns and finds that she disappeared two months ago, a few days after joining the store.

The mirror demon throws a light beam at the outside of the building. Max finds a missing persons’ flayer in the street tree which is none other than Eleanor. There is a contact number of her sister Elizabeth.

Max contacts her and tries to uncover the reason for her disappearance. They shockingly discover that someone deletes the CCTV footage from the store’s computer of the disappearance night.

Max & Elizabeth visits Henry’s house who is the former security guard of the store. Henry is the person who accesses the surveillance computer.

They learn that Eleanor is dead. She was spiked by Ryan & Jenna at the grand opening of Mayflower by the drug in a drink. Later Keller physically abused Eleanor on the Mayflower and killed her. At the final moment of dying Eleanor, the main mirror was in front of her and a little crack appears on the mirror’s surface for a few moments, then disappears.

This indicates that Eleanor’s soul is trapped inside the mirror and becomes the mirror demon of the movie. The spirit forces Max to take revenge on those who were responsible for her death. Max also realizes that his near-death experience gives him the ability to contact souls.

Later Max & Elizabeth finds Eleanor’s dead body in the basement. Keller placed it in a crawlspace and ordered Henry to delete the surveillance camera footage.

Max becomes so angry with Keller and takes him to the Mayflower. He forces him to stand in front of the primary mirror. Then Eleanor’s spirit takes Keller inside the mirror and finally takes revenge.

Scene changes at the police station where Henry confesses his sins to detectives about Eleanor’s murder.

In the interrogation room, the one-way mirror starts cracking and appears as Eleanor’s ghostly reflection. We hear a scream of Henry and the scene cuts to the end.

Tagline The terror lives on. 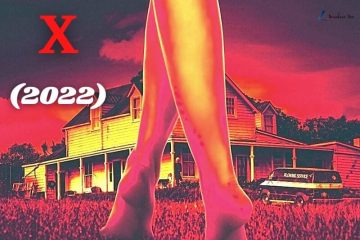 The House That Jack Built (2018) is a crime horror movie directed by Lars von Trier. The movie is familiar to many, for its controversial news and its eccentric climax. Here is the detailed plot Read more…