Mirrors (2008) is a supernatural slasher movie directed by Alexandre Aja. The movie successfully captures the curiosity of the audience till the ending and left some queries which need some explanation.

The movie starts with a frightened security guard who is running from something invisible. He enters a room in the subway station and apologies to his reflection. Suddenly the glass starts breaking and the reflection becomes alive. It takes a broken piece of glass and cuts its throat. Shockingly the wounds appear on the real person’s throat and he died.

Here scene changes to another storyline.

Ben is a suspended detective officer living with his sister and finding a new job. He gets a night-shift security guard job at Mayflower. The building has been abandoned for five years due to a fire. But still there remains a lot of mirrors from the previous mirror shop.

On duty, Ben finds a handprint inside a mirror. He also notices that in the reflection of the mirror a door is open. But in reality, when Ben turns around the door is closed.

Later he finds the wallet of Gary who is the security guard in the movie’s first scene. Ben finds a note written with ‘Esseker.’

Ben becomes curious about Gary’s suicide and takes a closer look at the crime scene photo. He notices the absence of blood on the mirror shard and he concluded that the mirror makes people do against their will.

After a few days, Ben’s sister Angie is possessed by the mirror and pulls her jaws apart which makes her die instantly.

Ben becomes angry and tries to break the glasses in the Mayflower but they have regenerated by themselves. When he shouts what it wants then an invisible voice tells “Esseker.”

To seek the truth behind the mirrors and find Esseker, Ben enters the building basement. He discovers that Mayflower was built on the side of mental health care. He uncovers a secret room surrounding a lot of mirrors with a chair placed in the center.

In a deeper investigation, Ben discovers a patient named Anna Esseker. She died in a mass suicide at the age of twelve in the hospital. The records say that. But he sees Esseker was get discharged from the hospital two days before the mass suicide. So, she is still alive.

Ben’s wife Amy notices the reflection of their son Michael’s acting differently from the real one. She informs Ben and they cover all mirrors & every reflective surface in the house.

Later Ben discovers Anna Esseker was a violent child with severe schizophrenia and multiple disorder. She was personally treated by a famous doctor in the secret mirror room. The doctor believed that she could be cured by conforming own reflection. When Esseker back home she was cured but many strange phenomena start happening in the house with mirrors. So she was sent to Saint Augustine’s Monastery where mirrors are prohibited.

Ben visits the monastery and encounters Anna Esseker. She is still alive and reveals she was possessed by a demon but the doctor trapped it inside the mirror world. Ben asks her to return to Mayflower to save his family. But she refuses to back and tells if she returns then the demon again comes back to the mortal world.

Ben forcefully takes Anna to the secret torture room and is tied to a chair in front of the mirrors. Then a lot of demons back to Annas’ body and finally all the mirrors are blown. Now the demon is taking control of Esseker’s body and attacks Ben.

To stop chasing by possessed Anna Ben puts fire in a gas pipe and the whole building gets a massive blast.

The next morning Ben becomes conscious and comes down to the street where the police & homicide team are working on the accident scene. Strangely no one noticed Ben walking on the street as if he is an invisible person.

Later he notices every letter and object is seen in a reflective way which means he is trapped inside the mirror world.

In the last scene, Ben put his hand on a mirror and we see from the mortal world a handprint appears inside a mirror. But no one notices that and the movie ends here.

Tagline There Is Evil……..On The Other Side. 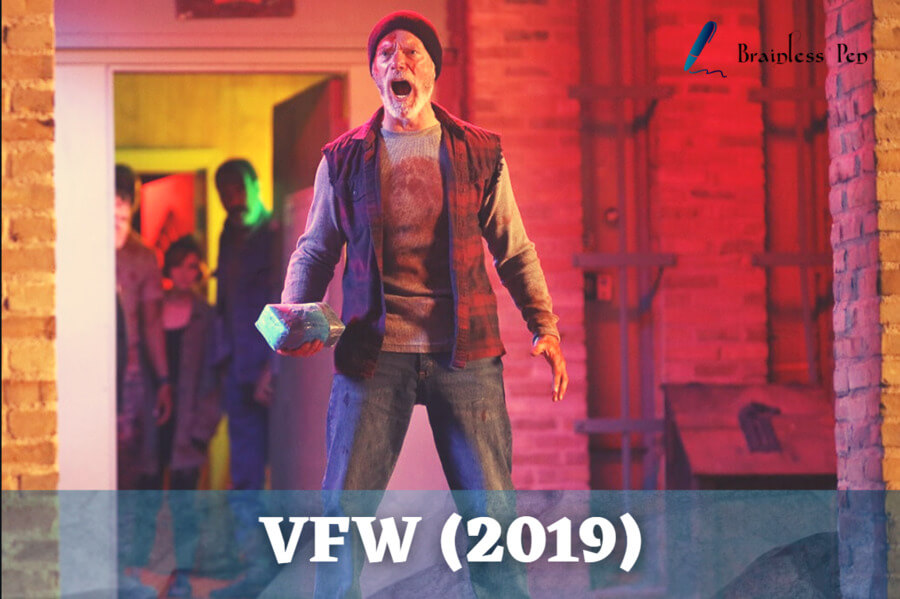