Hell House LLC 2: The Abaddon Hotel (2018) is a found footage horror film written & directed by Stephen Cognetti. This is the second part of the Hell House Trilogy. After Diane’s disappearance, the Abaddon Hotel becomes famous as a haunted place. A few other people also disappeared from the abandoned building. Mitchell & a journal team move to break into the mystery and something unusual happened to them.

The movie starts with Wendy in a documentary where she shares her tragedy. Her son Jackson Mallet broke into the Abaddon Hotel one year ago and never came back, even though he didn’t leave any clue where he had gone. Jackson just vanished.

Later Wendy gets a clip by email which was the recorded footage of Jackson at Abaddon Hotel. In the footage, he was scared of something and said that ‘they’ don’t have any eyes. We see a cult member seen behind him and at that point, the footage cuts with buzzing.

On October 6, 2017, Suzy is presenting a special program on TV about Hell House LLC. Her guests are Arnold, Mitchell, and Brock. Within a short time, we find out all guests have individual opinions about the hotel incidents. Mitchell believes there is something supernatural phenomena at the hotel. Because he still has no clue about Diane (from the first part of the trilogy). On the other hand, Arnold is the opposite. He doesn’t believe in ghosts or spirits; thus, he tries to explain scientifically every single incident. But obviously, there are many ‘but(s)’ which have no explanation. Brock is famous as a psychic medium. He seemed to be more interested in his promotion than in participating in the discussion.

Three members of the journalism team meet Mitchell. They want to go to break down the Abaddon Hotel mystery to increase their website’s popularity. At first, Mitchell doesn’t want to go with them but Jessica – the leader of the team convinces him. She tells Mitchell that if they succeed in revealing the whole truth then the reason for Diane’s disappearance would come to light.

Mitchell reminds them that entering will not be easy as in past days as the patrolling police keep an eye on the hotel to prevent further disappearances. He also informs them several missing reports in the house were not published in the media. Such as a teenager who broke into the hotel & disappeared in the middle of FB live-streaming his (nonsense) adventure. He streamed a creepy event where a cult member was standing in front of him. They both were frozen & standing until the phone battery went down and it turned off.

Another incident was captured on the self-recorded footage with two friends. They pick up a strange woman from the highway. She asked to be dropped off at the Abaddon hotel. When they arrived, the woman runs into the abandoned building’s basement. Two friends followed her and shockingly the lady appeared in a ghostly form. At that moment the camera was cut with buzzing. No trace was found for those two friends. Later when the footage comes to the hand of the authority, they only revealed the ghost was one of the tourists’ ghosts who died back in 2009.

A few days later, Mitchell, Jessica, Molly & David come to break into the hotel. They encounter Brock & his cameraman Malcolm who also comes to investigate the place but in a paranormal style. They all enter the building but separate into the individual team. Only Molly stays outside of the building for her fear.

Brock & Malcolm goes to the dining room where Andrew & several other cult members committed suicide. Suddenly two hanging ropes appear in the ceiling. Brock communicates with the spirit by an Ouija board and it confirms that she wants to hurt the hotel visitors. The next moment a female scary ghost comes to them and Malcolm’s camera turns out.

Jessica, Mitchell & David start an investigation in the basement. Suddenly David gets a walkie-talkie message from Molly that she enters the hotel at David’s request. But in reality, David didn’t ask for help. However, they discover Alex comes to the hotel before the 2009 incident. We see him making a secret deal with an unseen man in the footage.

The team tries to leave the building but they are trapped inside and start facing heavy paranormal events. Even they encounter the spirit of Melissa who died in the 2009 tragedy. At one point, the team finds the hanged bodies of Brock & Malcolm.

Suddenly they are all captured and tied up in the dining room.

The scene back to the Morning Mystery show with Suzy & guests. Mitchell claims that the hotel tempts people to go there and then it captured their souls inside there. After the end of the show, Suzy is informed that Arnold called to apologize as he couldn’t make it to the interview for his minor road accident. Suzy becomes shocked as Arnold is always on the show & just left the place.

In the hotel dining room, Mitchell wakes up. Jessica & Molly are also there tied up. Ghosts of Alex & Mac is also there. Suddenly Tully appears in the place and we discover that Arnold is none other than Tully himself. Tully explains how he lured Mitchell to come to the hotel even though he would never enter it.

There is Diane’s ghost too. She is playing the piano. Tully kills Molly and selects Jessica to walk out to collect more people.

Four days later the break in the Abaddon Hotel, Jessica is found by County police on the highway. She is a disaster and panicked. Police tried to question her but she answered only “the Abaddon Hotel” just once. We also see her ghostly smiling-scary face for a moment on camera.

It seems Jessica Fox makes survival, but if we look closely, we see she didn’t.

After capturing Mitchell, Jessica & Molly Tully appear in the place. The cult members sacrifice Molly and Tully says Jessica would move out from the main door to lure more victims. In exact words, Tully didn’t say Jessica would move out alive. However, in the last scene of the movie, Jessica’s ghostly face is captured on the police camera. Which indicates that Jessica is already dead. She comes to the human world to capture more souls. We already noticed this happens before as Sarah from the first part of the movie, Melissa on the highway.

Lake of Fire: the gate of Hell is open

Jessica’s team entered the hotel and found a Latin chant written on the wall. The meaning of the writing is ‘The gate of Hell is open’.

This is also referred to in the Book of Revelation as the Lake of Fire. Later Tully reveals that the cult successfully opened the Hell gate and it remains open. Thus, they capture victims’ souls and are sent there.

What’s going on at the hotel?

Mitchell’s assumption about the Hotel turns correct at the end of the movie when Tully confirms that. The hotel basement is the place where a gate of Hell is open and the members of the satanic cult lure people to come to the hotel.

Satan & cult members select their target a long time after the incident. As an example, we can say about Jackson’s footage. His mother Wendy ensures that she heard piano music in the background of Jackson’s footage. She remembered it because at a young age Jackson once became possessed for a few seconds and then he played that. In possessed form, Jackson only said ‘the Abaddon Hotel’ and become normal. And later after many years, middle-aged Jackson comes to the hotel and died there.

Therefore, the other victims are already targeted by Satan and waiting for the right time. Since the plot story of the film moves as a trilogy from the first part then there are still many unanswered questions remaining. They all are answered in the last part of Hell House 3.

Unseen man with Alex in the footage

David found footage in the basement where Alex was dealing with an unseen man. His identity is not revealed in this second part of the movie but it hints that there is a boss behind all these.

Nice post. I used to be checking continuously this blog and I
am impressed! Extremely helpful info specifically the remaining section 🙂 I handle such information a lot.
I used to be looking for this certain information for a
long time. Thank you and best of luck. 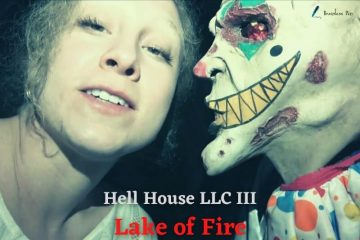 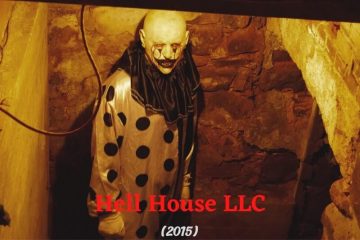 Hell House LLC (2015) is a found-footage horror film written & directed by Stephen Cognetti. The movie is about an incident happened at Hotel Abaddon where 15 people died in a Halloween party. The twist Read more… 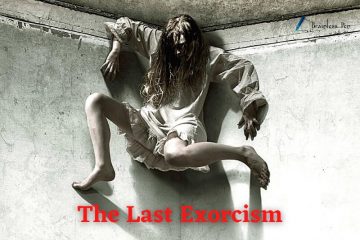 The Last Exorcism (2010) is a found footage horror movie directed by Daniel Stamm. The movie is focused on an exorcist who lost faith in God and starts start give all credit to science. But Read more…