A mother takes his possessed son to a medium Shaun San Dena. The mother tells Dena that her son stole a necklace from a Gypsy wagon. After that, the boy starts seeing & hearing demonic presence.

Dena tries to make a ritual for freeing the boy but she failed. The demon raises from the ground and grabs the boy to hell.

Christine is a beautiful young lady who works as a bank loan officer. She is struggling for a promotion but her senior is not satisfied with her performance.

An old lady named Sylvia comes to Christine who is quite weird. She had very ugly nails, dirty teeth, and her one eye is damaged which makes her look so creepy.

Sylvia humbly asks Christine to an extent her mortgage. But Christine decides to take a hard decision in exchange for her promotion.

Despite Sylvia’s tears, Christine remains steadfast in her decision.

That makes Mrs. Sylvia Ganush so angry. She leaves the place cursing Christine.

Later that night at the garage Ganush attacks Christine and rips a button from her coat. Then she curses on it and vanishes.

After that night Christine feels many creepy spiritual visions.

The next day she goes to Ganush’s house for forgiveness but her daughter informs that she died recently. She also tells that Christine will die soon as her mother died for her.

Christine visits a fortune teller Jas with her boyfriend Dalton. Jas notices that Christine is haunted by a powerful demon named Lamia. It will haunt her for three days and then kill her. He advises her to sacrifices an animal in exchange for her soul.

Christine sacrifices her pet cat but it doesn’t work. Because after the sacrifice rituals she goes to Dalton’s house to meet his parents. There at the dinner table, she faces more creepy hallucinations and flees by embarrassing them all.

She returns to Jas for help. This time he takes Christine to San Dena (the medium of the opening scene).

Dena wants to perform a ritual to capture Lamia inside a goat.

Like every horror movie here the ceremony is not properly observed. After huge chaos, Dena seals Lamia’s curse inside Christine’s coat button. But Dena dies there.

Jas seals the button in an envelope. He tells Christine that she has to pass her curse to another person.

Christine goes to Sylvia’s funeral and delivers the curse with the sealed envelope.

Drag her to hell

The next morning Christine looks very fresh and happy. She meets with Dalton at the station.

There Dalton returns the envelope with her missing button to her which he finds in his car. Dalton is unaware of its significance.

Here Christine realizes she accidentally gave the wrong envelope to Sylvia. That means she is still under the curse and it’s too late to lift.

Suddenly Christine falls back to the tracks. The demonic hands emerged from the fatal ground and drag her to hell.

What is the demon and curse in the movie?

Here I want to share an interesting fact that in the movie Lamia is seen as a male form (performed by Sam Raimi, uncredited). But in reality, Lamia is a female demon. In Greek mythology, Lamia is known as the beautiful queen of Libya. She was so beautiful that God Zeus was involved in an affair with her, though He was married. In the movie, Jas and Dena also mention Lamia as ‘she’.

Let’s back to the curse.

Lamia curse is performed based on a person’s used materials. That leads Lamia to the person and identifies the cursed people.

He needs to sacrifice his own life to Lamia to put a curse on another. This is the reason Sylvia Ganush dies. Actually, it was a sacrifice.

What happen with Dalton after Christine’s taken?

Dalton was unfamiliar with Christine’s situation. This is the reason he passed the cursed envelope to her.

A moment later when Christine is taken by Lamia inside the ground, Dalton is astonished and just watched with eyes of tear. The scene is about Dalton’s emotion but unclear about his next move.

But he is not getting the curse this is for sure. Because the curse is completed with Christine.

Is it worth watching?

The movie is great as expected from Sam Raimi. The story buildup is very gentle and full of suspense, thrill, fun.

There are no unnecessary jump scares in the movie. Every jump scare is related to the story. I really enjoyed this. Because many horror movies become horror(!) only for its stupid-forcefully jump scares & BGM effect which is totally irrelevant to the story progression.

After Evil Dead, this is Raimi’s next horror film. This is not directly connected to the previous one, but somehow a shadow is shown in the movie.

So, if you like Evil Dead then watch it without any hesitation.

Original Title Drag Me to Hell

Tagline Even nice people can go to hell. 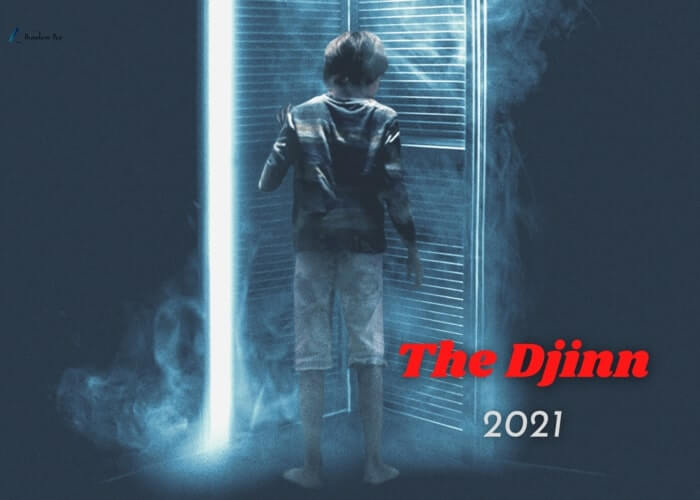