The Last Exorcism (2010) is a found footage horror movie directed by Daniel Stamm. The movie is focused on an exorcist who lost faith in God and starts start give all credit to science. But as the movie goes on a, doubt spin over and over about the supernatural existence. And after a sudden ending, the movie left many unsolved mysteries and possibilities. Let’s jump to the explanation.

Iris and Daniel are going to make a documentary film about exorcism. They go to Cotton Marcus who is an ordained priest and an exorcist. But deep inside Marcus lost his faith in God.

Marcus has a son who was born with many severe medical conditions. He prays to God to cure him but it didn’t work, but later medical science gives him a normal life. After the incident, Marcus lost his faith and starts performing fake exorcisms on possessed ones.

Marcus gets an exorcism invitation from a farmer named Louis who suspects that his daughter Nell is possessed by Satan. Marcus accepts the request and moves to Louis’s house with Iris & Daniel.

They arrive and Marcus performs a demon identification test. He concludes Nell is possessed by Abalam who is known as one of the most powerful demons in Hell.

At first, Nell’s brother Caleb seems against exorcism. But when he sees cheating(!) Marcus on the first event then tells Marcus to perform his fake(!) exorcism and leave the place.

Later Marcus performs a false exorcism of Nell. He uses supply water as holly water, a fake sound system, and a vibrate creator which makes the event so real and the demon is fighting against the exorcism. Marcus makes them believe that the exorcism is successful and the demon leaves Nells’ body. But inside his mind, Marcus believes that the girl was suffering from mental illness.

That night, surprisingly Nell appears in Marcus’s motel room. The scary part is the room was locked from the inside and she is not looking well. Marcus takes her to the hospital as soon as possible and after examination doctor declares that she is perfectly fine.

This was unexpected to Marcus and he starts thinking from the beginning. Did he miss something important?

The next day, Marcus goes to talk to Nell’s former pastor named Manley. There he knows that Manley has not seen Nell for three years and the relationship between Manley & Louis is not good for the time.

Marcus back to Louis’s house and finds Nell chained. Last night she badly cut Caleb’s face with a sharp knife. Marcus frees her and talks with Louis about the probability of psychological illness. But he strongly disagrees.

The next day, Marcus gets shocking information from the hospital that Nell is pregnant.

Later that night Nell takes Daniel’s camera and brutally kills a cat as Iris finds her painting about killing a cat. She also finds two other paintings. One of them is Marcus standing before a large flame of fire on a crucifix, Iris divided between the middle and Daniel’s severed head.

Well, I’m not comfortable that we’re in a house with someone who’s doing pictures of my head being chopped off.

Middle of these weird incidents somehow Marcus starts believing Neel is possessed by a demon. So, he wants to perform a second exorcism.

During the exorcism, the demon appears in Nell’s body and introduces as Abalam.

Abalam agrees to free Nell only if Marcus stops reading from the bible for ten seconds. In every second Abalam starts breaking Nell’s every finger and after three seconds he breaks the condition. Nell laughs and tells a childish mistaken word.

Marcus realizes that Nell is not possessed but acts to cover her pregnancy. Later Nell informs that she lost her virginity to a boy named Logan.

When the documentary crew meets with Logan, unexpectedly he comes to light as a gay. Logan tells them he met Neel six months ago when she came with Manley. Yes, Louis former pastor Manley.

Therefore, the story turns back again. Manley tells them a lie, that doesn’t make any sense. Marcus backs to Louis’s house. It is empty and newly drawn occult & satanic symbols all over the walls & ceilings.

The crew hears a noise from the woods and moves towards there.

A large group of cult members chanting in front of an altar. Neel is giving birth to a non-human child on that alter and Louis is tied up with a tree. Manley is the leader of the cult members and he throws the evil child into the fire. Then the flame raises as the painting what Iris saw before.

Suddenly Caleb comes in front of the camera and cuts Iris’s throat which makes her dead.

In the last scene of the movie, Marcus standing in front of the flam with a small crucifix, trying to defeat Abalam.

The video becomes still after the camera falls and the movie ends here.

Is Nell possessed or mentally ill in the last exorcism movie?

Except for the last few minutes, the whole movie spins between scientific logic and the supernatural. Once you think there is no supernatural phenomenon but after some time you become confused. But the end scene with some assets ensures the demonic existence.

In the final context, there was a cult group who are chanting loudly, a six months pregnant girl giving normal delivery birth to a non-human child (or creature). How could you ignore all of these?

Well, there were all over satanic pentagrams, and diagrams in the empty house when Marcus & crew returned. If Nell is suffering from split-personality psychosis then why are the cult members doing all of these? It is a clear sign that she was possessed by demons.

What is the name of the book of Marcus?

In the found footage movie The Last Exorcism, there seen an ancient book called Hortus Delicarum. Marcus gets this book from his father who was also a preacher and performs an exorcism.

The book is so valuable for exorcists because there is every detail about almost every demon. The book also contains the exorcism process for all of them. In the world there are only 20 copies remains of this valuable book.

Abalam is the protagonist of the movie who possessed Nell and get a child for a new vessel. In the movie Last Shift, we also see the Abalam demon.

According to demonology, Abalam is one of the main assistances of King Paymon. Abalam has the power of fire and love to spread his realm in mankind through illusion, manipulation, dark magic, and lies.

Why the movie looks so like a real story?

The Last Exorcism (2010) 1st part is a found footage genre movie. In basic, found footage is a cinematic method where the whole movie is filmed as a video recording.

One of the most assets of this genre is realistic feelings. This is the reason for looks like real of the movie The Last Exorcism.

However, the movie is written by Huck Botko & Andrew Gurland, and in the end, some post-productions erase all doubts about the reality of the footage.

Some other points that could be noticed are that there are two or three scenes that exist where two cameras are used and also several scenes have typical horror background music.

If the footage was real then there shouldn’t be any BGM and other unmentioned errors.

Tagline Believe In Him. 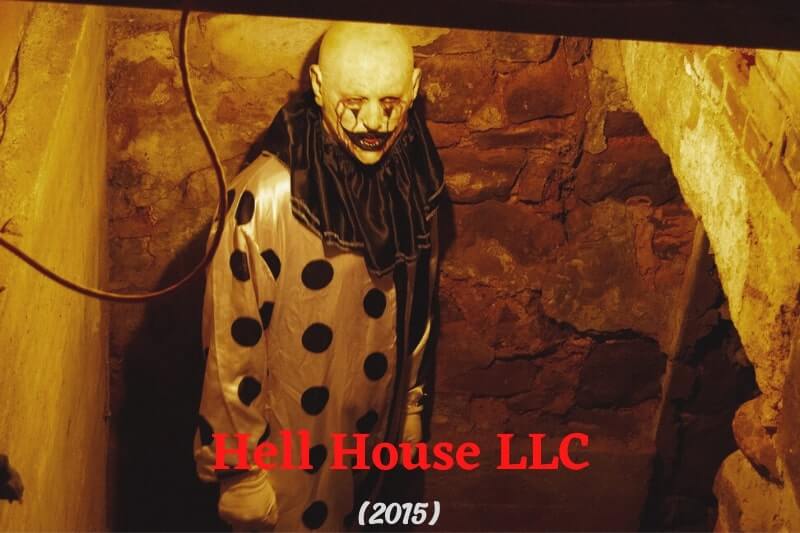 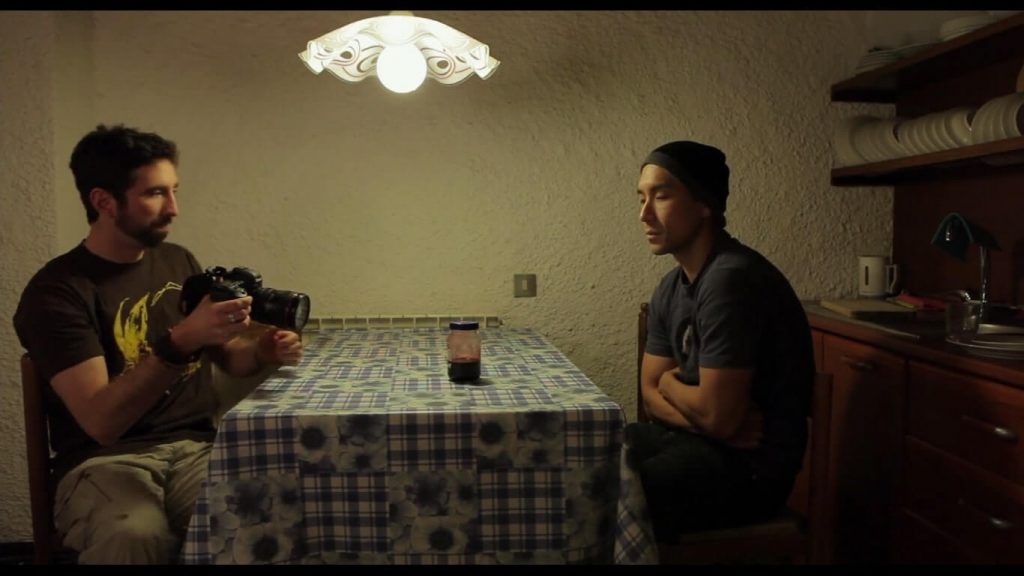 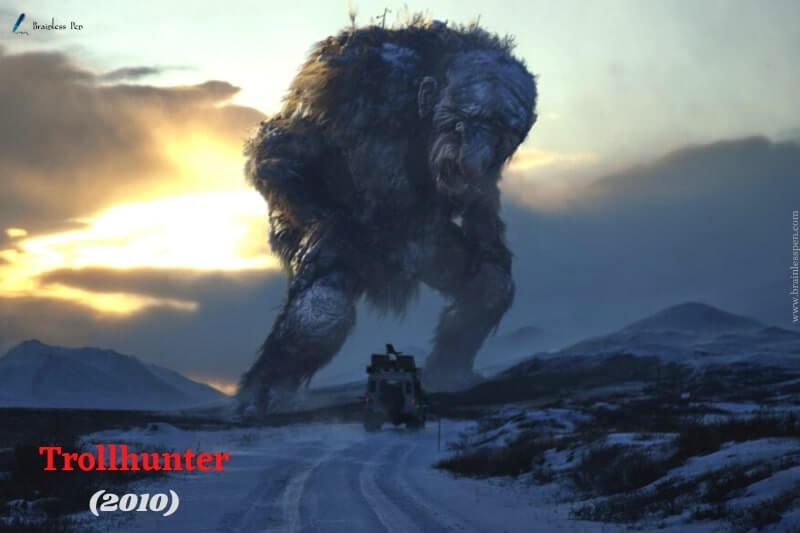 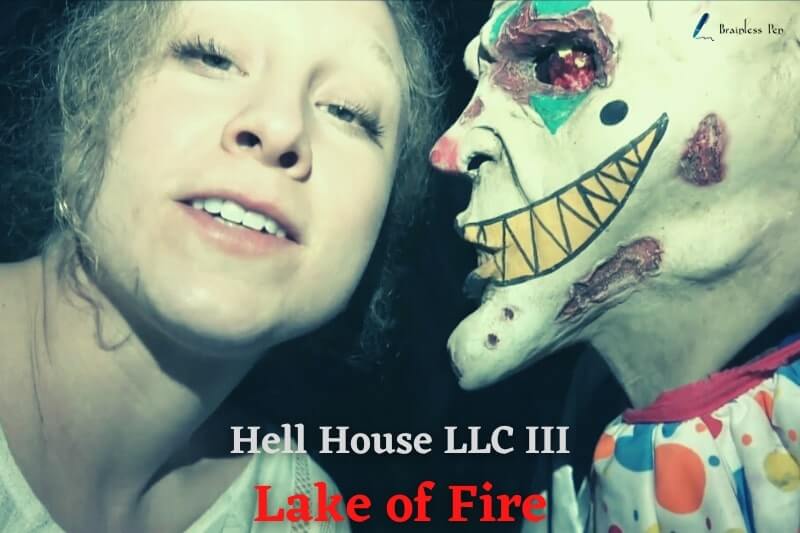