Seven (1995) is one of the masterpiece psychological horror movies of all time. It stars the great Morgan Freeman, Brad Pitt, Gwyneth Paltraw, etc. This movie is about seven purgatory stages of inferno (hell) which a serial killer makes happen with seven people.

We see William Somerset, who is getting ready to visit a crime spot. While checking some blood signs at the location, he asks if the kid sees it. The other detective gets annoyed by the question and reminds him about his retirement. At that time, the new detective in the town, Miles, comes along and says he will replace Somerset.

Outside the crime spot, Somerset asks Mills why he has fought to transfer to this horrible place. Mills ignores the question and suggests to him they should not interfere in their issues. The next day another murder happens, and detectives find a brutally wounded dead body.

The body is tied to a chair with his head resting on a plate. His face is full of spaghetti sauce, and his facial expression tells us something horrifying has happened to him. They send the body for forensic investigation. The doctor informed me his stomach was more than complete, and his stomach was stretching. Detectives remain silent because they can’t figure out anything.

Somerset seeks permission from the captain to stay until the case is solved. But he denies it and doesn’t accept that it is a serial killing mission. The following day another murder happens, and this time it is Eli Gould. He is found dead on the spot, and another word is written on the floor ‘Greed.’ Mills desperately wants to investigate this case alone, observes the place, and understands he cannot solve this without Somerset.

On the other hand, the captain comes to the Somerset cabin, asking not to leave this case. Somerset goes to the crime spot to investigate further and finds a word written on the wall, ‘gluttony,’ and a note is pinned on the wall where an epic line of the poem ‘Paradise Lost’ is written.

It refers to some beginning, but the captain needs help understanding what it is. Somerset tells them about the seven deadly sins. The killer has committed two murders using two motives. Now there are five more motives to go. After explaining so excitedly, Somerset tells them he doesn’t want to be a part of it anymore. But since he has some responsibilities as a senior detective, he visits a library, collects books about the seven deadly sins, and makes a note referring to those books.

The next day Mills comes to his new chamber, which belonged to Somerset for so long. Somerset leaves his desk immediately, and within a few seconds Tracy, Mills’s wife, calls over the phone and invites Somerset to have dinner with them. Somerset accepts the offer. That night they meet and have food, and talks about several things. Somerset understands Tracy is not happy about the shifting. They discuss the murders (discussion explanation).

The next day they fix a man who will give them the list of names of the latest readers of books about the seven deadly sins. At this point, we learn about a secret that the American Detective Force FBI secretly spies on people reading violent, punishment-related books. They do it to solve murder cases promptly. A secret FBI guy gives them a list of all the deadly sin-related book readers’ names. They take the name ‘Jonathan Doe’ and go to his apartment. When they see him coming from a corridor, he abruptly attacks them, and a chase starts among them.

At last, they can’t find him; Mills gets shot. Mills angrily returns to the apartment and is about to attack him, but Somerset holds him back and tells him they can’t do that. They have no reason to accuse him because they are illegally here. But Mills doesn’t listen and pushes the door. The moment they break into the apartment, they sense something fishy.

They come out of the room and call more cops to go and investigate. They interview the neighbors and collect statements. All the detectives and cops surround the apartment and scrutinize everything, and they become sure about who the killer is and that this apartment is the shelter. Every investigator carefully touches things, and their eyes focus on every corner of the room. Mills and Somerset walk carefully through the corridor, and they check out with their bright eyes.

Suddenly, Mills enters the dark room where photos are washed and hung on the rope discretely. Mills sees many pictures of random people, and suddenly his eyes get stuck on a bathtub, where he finds something shocking. He calls Somerset and shows the thing, and Somerset understands that this killer is the same person who came to them to take their picture and got driven away.

At that time, Mills hears a phone ringing. He rushes through everyone, reaches for the phone, and receives it while Somerset is recording. That killer praises the police department and seeks an apology from Mills. Detectives start to read his diaries which have been found in this apartment.

Somerset reads a story to Mills about a short meeting of that killer with an ordinary man whom he found on a subway. That killer became so disgusted with the banality of that man that he threw up on him out of disgust.

The Department looks over the photos and finds a prostitute’s photo. The next day they get the Lust victim’s dead body, who is a slut, and find a man who raped her with a blade belt. They interrogate the rapper, who tells them he didn’t do it deliberately. A man-made him do it, pointing a gun at his head.

The next day they get another surprise, the pride victim who is a model. John Doe disfigures her face, and for that reason, she takes her life by herself. When Mills and Somerset can’t understand how they will catch him, dispelling all the tensions, the killer comes to their office and surrenders himself, skinning off his fingers. Since there is no proof against him, they cannot send him to prison so quickly, but he offers a way of making him confess his crime.

Mills and Somerset have to take him to a specific location where they will get the envy and wrath dead body. They agree on it and decide to finish the game.

On the way to the location, Somerset and Mills ask him specific questions. But he was so cold and straight. Mills asks him if he knows that he is insane and if he stands in front of the mirror and tells himself how crazy I am. The funny thing is Doe still is not comfortable labeling himself insane. He thinks what he does is ethically correct and has set an example of not tolerating sinful acts. When they arrive, a pickup reaches there, delivering a box.

Somerset releases the pickup and opens up the package. Being shocked and broken, Somerset runs to Mills and tells him not to shoot. But Mills asks about the box, and the killer tells him about it.

It was Tracy’s head. He killed Tracy because he was envious of Mill’s everyday life, and he revealed that Tracy was pregnant. Deeply saddened, Mills tries to restrain from shooting him because if he hits him, his plan will win, but they can’t let that happen. But he can’t do that. He loses control and shoots him.

At the last moment, we see Mills sitting in a car, staring blankly as if he has no meaning in his life. Somerset notices it and tells the captain he will look after him.

Which books are mentioned in this movie, and why did detectives read them?

At the library, Somerset finds some books written on the topic of the seven deadly sins, such as Divine Comedy by Dante Alighieri. Divine Comedy is poetry where Dante says that you must go through purgation before going to heaven, which is a medicinal punishment.

The Canterbury Tales by Geoffrey Chaucer. It’s a journey to Canterbury where travelers share their stories; each story contains different messages, and they convey the messages of seven deadly sins.

Paradise Lost by John Milton. It’s an epic where the poet describes the history of Adam and Eve. How Satan fell from the sky after getting banishment from heaven is written. From this book, we get the line, ‘long is the way and hard that out of hell leads up to light.’

What was written on the note found on the first victim’s wall?

John Milton is a famous English writer known for his notable work ‘Paradise Lost.’ There is a famous quote from this epic saying ‘long is the way and hard that out of hell leads up to light

In our life, we all are going through struggles. We work hard to overcome hardships and want to touch the victory line. But often, it seems way too tough to earn, and we get tired. This line is for those who are about to quit. Life is like a tunnel where we find uncertainty, fear, and pain, but no matter how long the tunnel is, we can’t stop. There is light at the end of the tunnel.

Why is this movie named ‘Seven’?

In this movie, we can see Seven murders occur, but why? Because the killer sorted the killing mission according to the sequence of seven deadly sins. According to the book ‘Purgarito,’ there are seven hells afterlife where we will be punished from different aspects.

The seven deadly sins are lust, gluttony, Greed, sloth, wrath, envy, and pride. He chose the persons connected to these destructive features and brutally killed them. The mission happened during the first seven days of Mills and the seven days of Somerset. Since the number 7 has fair significance, it is named Se7en.

Ernest Hemmingway once said, ‘The world is a fine place worth fighting for.’ Somerset has experienced so much in his detective life. He thinks we all need to fight, fight against cruelty and brutality. We need to be hopeful.

Tagline: Long is the way, and hard, that out of hell leads up to light. 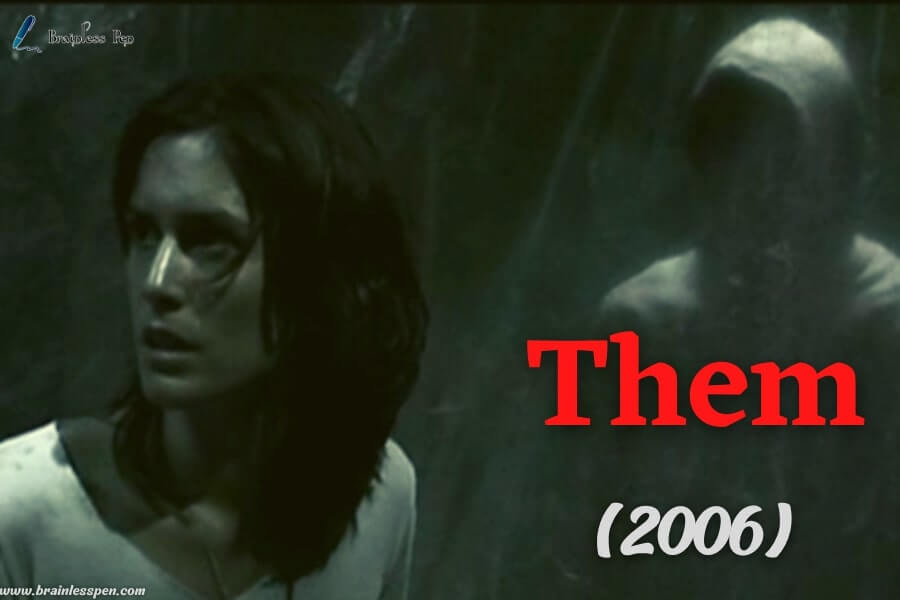 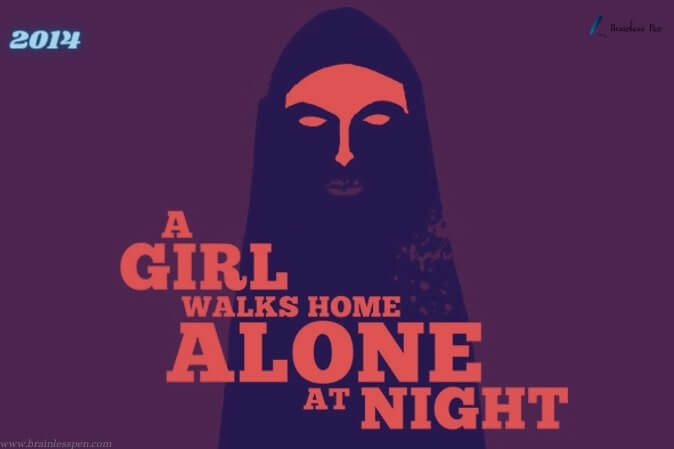 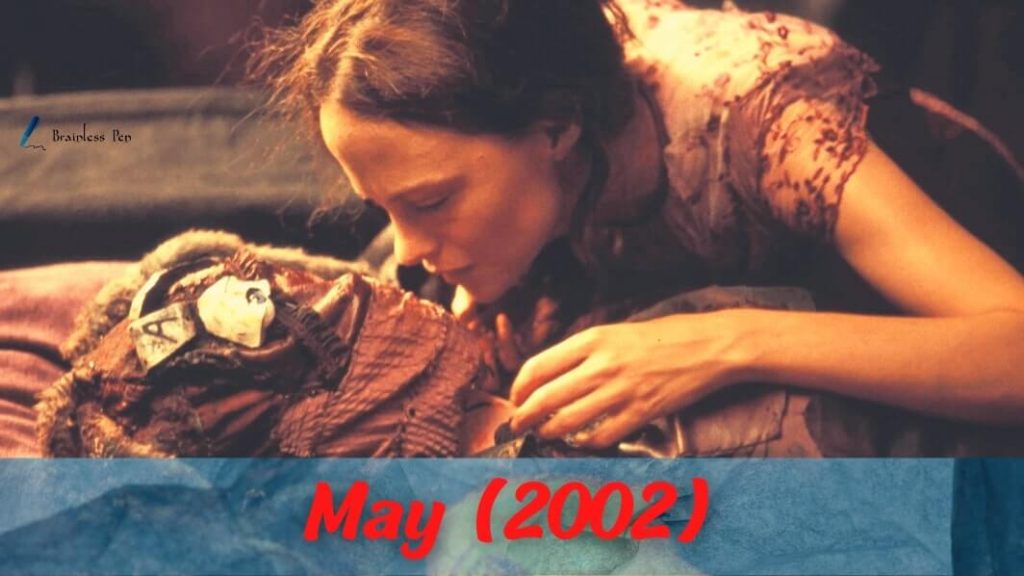