The Deep House is a French supernatural horror film of 2021 which is directed by Alexandre Bustillo and Julien Maury. The film is creepy and dark, making it a perfect horror atmosphere.

The movie starts with a couple Ben & Tiana who are professional vloggers and expose unknown-mysterious places. Ben finds an abandoned sanatorium at Vinnytsia, Ukraine. The building is referred to as ‘haunted’ by the locals. During the early 1970s, a nurse of the sanatorium poisoned seven children, and they all died. Following the incident, the nurse was trying to find the man who poisoned the boys, and everyone realized that either she was possessed or a dark spirit was involved.

They explored the abandoned building and filmed it. Also, Ben has a drone named Tom that he uses to record his footage.

The scene changes to Tina’s bathtub where she is practicing freediving. Although it’s only 1 minute 22 seconds, she doesn’t do well. Who doesn’t know about freediving let me tell you that freediving is a technique of extending the limits of hold-breathing. Underwater conditions are different from grounds, such as light and pressure, so this is crucial for deep-sea diving. As a result, there is a very high chance of oxygen wastage if breathing is not controlled. The standard freediving duration is considered as 5 minutes. By comparison, Tina’s duration is quite poor.

This is the day when Ben & Tina are moving for their next unveiling. They go to southwest France where a local person called Pierre suggests an underwater area. At the Chanteloup forest, the area was intentionally flooded in 1984 and is still uninhabited. Pierre also tells them that there is a building underwater that is still intact. 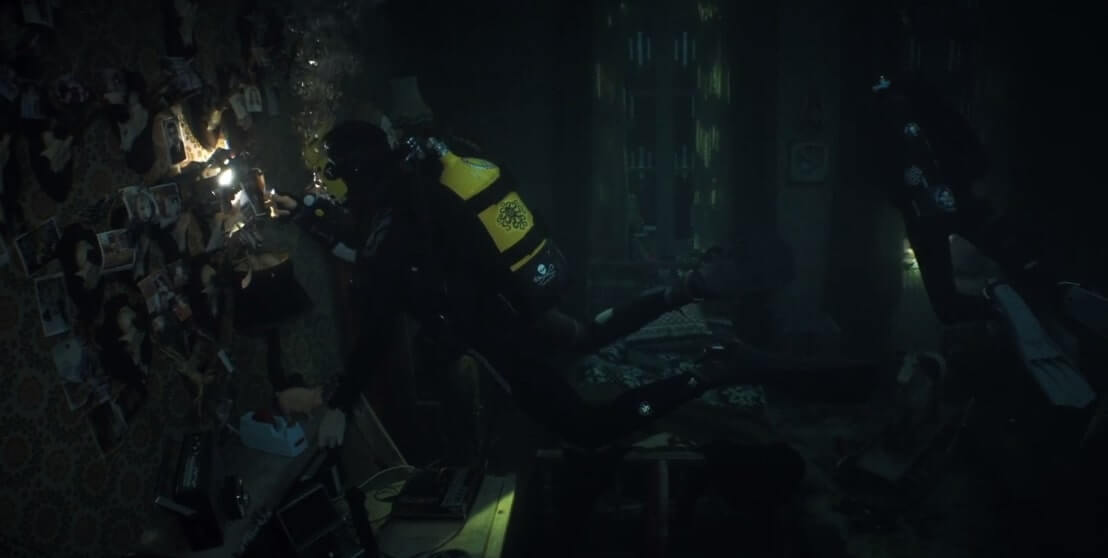 Ben & Tina arrive at the place which is in the middle of a deep forest. They walk almost 5 miles because there is no road for a vehicle. They dive and start recording.

When they came to the desired building, it was incredibly large and edifice-like. They find the place as if no one can enter. All the doors and windows are locked with hard chains and creeper plants. But they discover a small window that is unlocked. They open it and a large fish just emerges from it at high speed. The fish strikes the drone. Nevertheless, everything goes well and they enter the house.

They look around the house and record continuously. They become amused that every piece of furniture and accessories is intact like they drowned just a few days ago. Such as dolls, books, telephone, wall photos everything is just fine. However, the comfort does not last for long.

There are many articles about missing children and their photos scattered around. They become afraid when discovering some satanic symbols and diagrams drawn on the wall and floors. Tina finds a violent bloody scratch on the front door.

A while later, they start hearing strange voices and seeing shadows. Tina becomes afraid and wants to leave now. Ben also doesn’t feel well, so they begin to return, but somehow the window is now blocked by a brick wall.

Then they begin to look for another way out. They need to hurry because half of the oxygen has already been consumed and they are feeling nervous, which uses more oxygen.

Then they discover a locked door with a large cross. They open it and enter the room. Two corpses hang from the ceiling in chains. There are satanic pentagrams drawn with blood under the corpses’ feet. Their faces are covered in torture masks. There is one man and one woman. They move to the next room which is filled with human body parts. Suddenly every electronic device and lights are turned off. 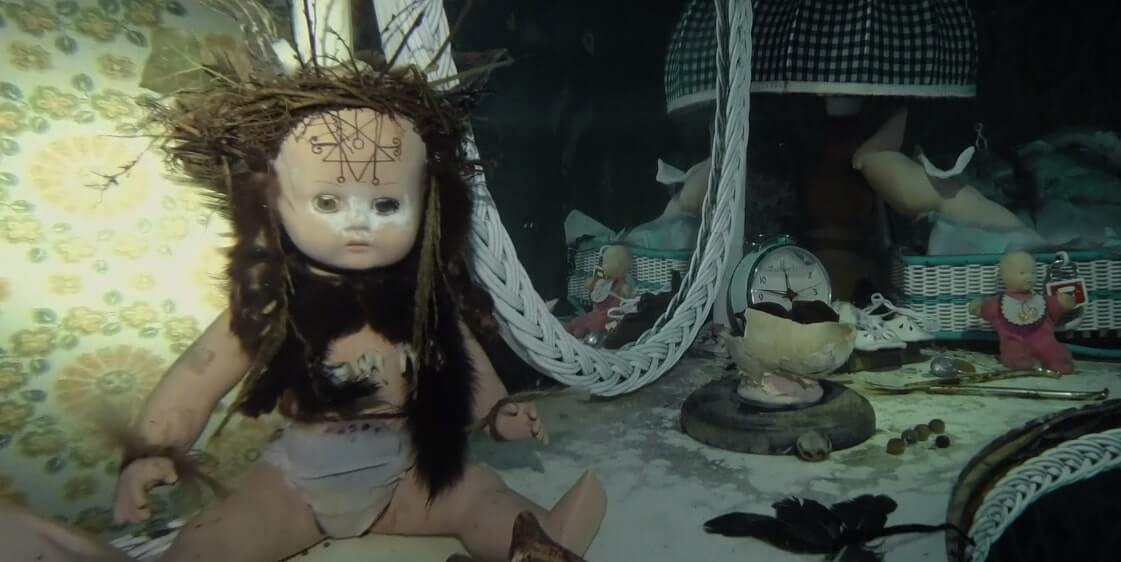 A few minutes later everything starts working again. Suddenly Tina sees a door in the basement when she carefully scrutinizes the pentagram. When she tries to open it, something attacks her. But nothing is around there. Ben becomes so curious and opens the corpse’s masks. They are Mr. & Mrs. Montagnais, the owner of the house.

All of a sudden, the dead bodies become alive and start chasing them. Tina & Ben try to escape through a chimney but it collapses and they fall into another hidden floor of the house. They split up.

In the bedroom, Ben finds a family tree where he reveals Pierre is the son of Mr. & Mrs. Montagnais. It is now clear that Pierre sent them the house for a purpose. An undead girl suddenly attacks him, and he becomes possessed by her. That is Sarah Montagnais who was the daughter of the family.

At a hidden chamber of the basement, Tina finds Ben & Sarah reeling an old recorded film. By the film, the main twist of the film comes to light. That the Montagnais family kidnaped children and sacrificed them for satanic rituals. Once the people of the city discovered the truth and attacked them together. That day, the Montagnais family was killed by them. But somehow Pierre managed to escape.

Ben tries to convince Tina to stay with them but Tina stabs him with a diving knife and flees from a narrow shaft.

Tina is now free and rising from the deep lake. But the air ran out.

Before reaching the surface Tina left her last breath and died under the water.

There is a small stinger after the credits that shows Pierre bringing another pair to the lake to dive on the house. So, he keeps “feeding” his parents.

13 Ghosts (2001) also known as Thir13en Ghosts is a supernatural-slasher horror movie directed by Steve Beck which is a remake of the 1960s movie 13 Ghosts. Although many aspects of the movie are quite Read more…

Monstrous (2022) is a supernatural horror movie directed by Chris Sivertson. The movie starts as a regular horror movie but as the plot goes deeper it turns into supernatural like The Hole in the Ground Read more…