The Wicker Man (2006) is a reboot of the famous British movie The Wicker Man (1973). The movie starts with Nicolas Cage and his outstanding performance flooded all over the country. The movie plot is still exciting as the original one and the ending is mind-blowing and completely unpredictable. Let’s get through the plot, ending, and explanation of The Wicker Man.

The movie starts with police officer Edward Malus riding his bike on the highway. A doll falls on the road from a car in front of Edward. He backs the doll to a girl in the car. But that time an accident occurs and all the people inside the car dies in an instant.

Middle of this he gets a letter from his ex-fiance named Willow. She is now living on a small island that is departed from the main town. Willow informs him that their daughter Rowan is missing and asks for help from him. Here, as in every movie, he agrees without thinking anything.

Edward travels to the island and rents a room in a rural motel. There is a bar on the ground level in the motel and on the first day Edward announced loudly that he is here to find his daughter. He also sees Rowan’s picture & asks if anyone saw her before but nobody answered.

In the bar, he captures a bee in glass because he is allergenic with bees and strangely everyone starts staring at him in anger. Edward notices that the island is full of women. A few men are living on the island but they are treated like a slave by the women.

Edward meets Willow and asks her to reconsider their relationship but she strongly refuses. Willow tells him that she asked for his help only to find her (not their) daughter.

When Edward asks the locals all of them give the same answer Rowan never stays on the island.

The island is led by Sister Summersisle and they are a group of neo-pagans. That means, the villagers worship natural God and do not spread to other cities. Thus, all of the members of their new religion must be lived on the island and have to obey Sister Summersisle.

Bee honey is the main exporter product of the island to other towns. But in the last several years the production drops to a scary level. According to their religion, every year they perform a fertility ritual for growing crops & honey.

Edward finds some photos of the ritual of the last few years hanging on the motel wall. He notices each picture shows a different 5/6-year-old girl. But the recent festival frame is broken & picture is missing.

When he asks about the photo to Sister Beech, she reveals a shocking truth. Their God needs sacrifice every year for crops & honey production. Since that is illegal in the outer city then they hide it from others.

In this stage, Edward starts to think that Rowan was sacrificed for the last festival.

Later Edward goes to school to check the register book and there he finds Rowan’s name. But it was crossed, which means she is no longer in the school.

He meets Willow and informs everything. Then Willow tells him that Sister Summersisle is responsible for this. She gave the order to take Rowan from Willow.

Then Edward meets with Sister Summersisle and she explains everything to Edward.

For the last few years, their God wasn’t pleased. So, they didn’t get sufficient honey & crops which led them to a dearth. They sacrificed many animals but didn’t work. So according to their religious ritual, they have to sacrifice a human.

Edward becomes so angry and goes to dig Rowan’s grave. But under there was only a doll which means Rowan is still alive.

The next day is the May Day on the island and it is the day when they perform fertility rituals. Edward wears a bear costume and moves with the crowd.

He sees Willow also in the crowd. When he asks, she says that she had to join the theme thus it is the villager’s ritual. It seems she has not had to worry about her daughter.

At last, Edward finds Rowan tides with a tree. She will be the next sacrificing victim. He quickly frees her and here the ultimate twist of the movie reveals.

They planned it from the very beginning when Willow was involved with Edward and she got pregnant. Then after all these years, they need to sacrifice a human and he meets all their ritual requirements.

After that Edward was knocked out and captured inside the wicker man, a giant humanoid statue made of bamboo.

Rowan puts fire on the wicker man and Edward dies there. The villagers successfully make him sacrifice.

In the post-credit scene of the movie, Willow & Honey sitting at a town bar. They are flirting with two other guys and ask them to visit their island. The guys accept the invitation and the movie ends here.

Did the sacrifice work in The Wicker Man?

No. According to their ritual, at first, they started sacrificing domestic animals but that didn’t work. Then they decided to scarify humans and selected Edward. In the end, Rowan set fire to the wicker man statue and burnt Edward to die. So, they successfully performed human sacrifice. Thus, their God should be allowed to grow sufficient honey & crops and after that, they shouldn’t be needed to sacrifice humans anymore.

But in the post-credit scene, Willow & Honey starts flirting with two guys and invites their island similar to Edward. Thus, the previous sacrifice didn’t work and now they are going to sacrifice two humans.

The Wicker Man (2006) is a remake of 1973’s British film The Wicker Man. Though the movie plot is awesome as the previous one and the performance of Nicolas Cage was outstanding, it didn’t get the expected popularity from viewers & critics.

2006’s The Wicker Man included an alternate ending from the original, but that is also great and disturbing.

The original & remake of both movies are based on & inspired by David Pinner’s 1967 novel Ritual.

What happens to Nicolas Cage in the wicker man (2006)?

Infamous movie The Wicker Man, Nicolas Case plays the lead role of Edward. He goes to a mysterious island to find his missing daughter. As the plot goes deeper mistrust arises that her daughter would be sacrificed by the villagers. But at the end when the plot twist reveals we shockingly see that the victim is none other than Edward. And the villagers sacrificed him for their ritual.

Therefore, Edward was their best option and they took the opportunity. Finally, Edward died inside the case and didn’t survive.

What is the background of lord Summersisle?

Lord Summersisle is the leader of a neo-pagan group. Her ancestors lived in a rural British village. A long time ago British government didn’t treat them in an as good way. The British government accused them of witchcraft and try to eliminate them in an open place. That’s why they moved to the new island where they can follow their ritual.

No, the neo-pagan group highlighted in the movie The Wicker Man is not a group of followers of witchcraft. They worship of sun-God. They believe their God loves sacrifice and in return, He gives them good crops & honey. A bigger sacrifice returns a bigger reward. Their rituals are very similar to witchcraft but they are not. They are humans. They are not above physical desires. Even Edward finds a sex slave tied in Summersisles’ room.

What is the alternate ending of the movie?

Tagline Some Sacrifices Must Be Made. 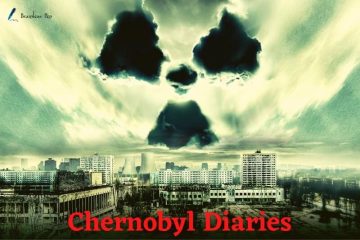 Chernobyl Diaries (2012) is a disaster horror-thriller film directed by Bradley Parker. The movie is based on Chernobyl Nuclear Disaster but its storyline is far more thrilling & an unpredictable ending. Chernobyl Diaries Plot Story Read more… 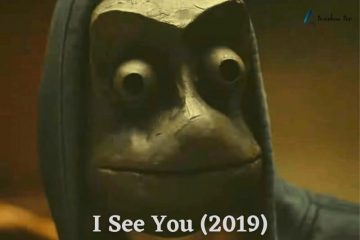 I See You (2019) is a crime-horror movie directed by Adam Randall. The movie plot is good enough to watch but its main twist is so cool. I See You (2019) Official Synopsis Strange occurrences plague Read more…