The movie begins with Tom, a fisherman. Tom wakes up in his fishing boat on the Brock Island coast. A chain of empty dogs surrounds him at a scene of chaos.

Harry is the son of Tom. At night we see Harry with two friends in a bar. One of them is Dale who is a conspiracy theorist. Later that night, Harry drove Dale to his house. Suddenly a bird fell into his car, and it died.

There are many strange phenomena happening on the island. Dead fish are washing up on the shore. Following the incident, Tom began behaving strangely. Taking out his boat late at night and being unresponsive during conversations.

Scene changes to Audry, who is Harry’s sister. But after the death of their mother, she can’t manage an appropriate relationship with Tom &amp; Harry. Therefore, she decides to live separately with her daughter Emily on the Rhodes Island mainland.

Audry is an employee of the Environmental Protection Agency. After the mysterious phenomenon of Brooks Island, she is sent by the agency to investigate with her junior coworker Paul. Audry moves to the island takes Emily and decides to live in her old house.

Audry and Paul look into the odd occurrence.

Harry enjoys showing Emily how to fish and catch frogs as a way to bond with her.

Tom’s behavior becomes increasingly bizarre as time goes on. At night, Emily screams while Tom hovers over her on the couch. The house is awoken by her screams.

As a result, they accuse it of night terrors. However, Audry’s primary concern is for her father. Belatedly, Tom steers his boat out in the middle of the night and disappears without a trace. According to the local police, Audry and Harry’s father most likely drowned. Tom’s body washes up on the shore, proving that to be true.

Harry has a hard time accepting the circumstances of his father’s death. Because there are many scars and cut wounds on Tom’s face. One other thing that distracts Harry is that Tom’s regular fishing spot does not receive a working radio.

During the funeral, Harry’s other adopted sister Jen returns from New York, worsening his mental health. This causes Harry to quarrel with an older man. He ends up in jail that night.

He and Dale speak more about what’s happening around the world after he’s been released. To investigate the area where Tom drowned, he also borrows scuba equipment. However, he falls unconscious underwater and awakens on the fishing boat while the electronics are scrambled and an unusual noise is heard.

Jerry is dropped off at the ferry by Harry, who returns home at night. A deer suddenly runs in front of his car. Although Harry can save the deer, a vision of Tom appears in his mind. In the vision, Tom tells Harry to kill the animal. Harry does just that. It concerns Audry to see Harry transform in such a strange and brutal manner. When she goes to the psychologist to discuss Harry, he suggests he may be suffering from electromagnetic hypersensitivity. He also suggests contacting a former patient of this disorder who experienced very similar phenomena as Harry. This patient has cut himself off from all contact with electronics

As Harry spirals out of control, he begins to act irrationally. He stole a neighbor’s dog and put it on his boat. Then he headed towards the same area on Block Island. Something strange happened. All the objects on the boat, including Harry and the dog, begin to ascend into the sky. When Harry comes back down onto the boat, the dog has gone missing, leaving only its leash behind.

After hearing about the missing dog and this latest episode, Audry is enraged and suspects Harry. She asks Paul to watch Emily and leaves to meet the former patient.

Audry learns the man is paranoid as a result of being watched or influenced by an outside force. He warns her someone might get hurt if she doesn’t rescue Harry from the island.

Audry drives back to the ferry to take the last ferry home, while Harry ignores another vision of his father telling him to take Emily. And he instead goes for a nighttime drive. Narrowly avoiding a female jogger. When he fails to attack the woman, he returns to the house, where Paul is still watching Emily.

After returning to the fishing boat, Audry finds Paul unconscious and hears Emily’s screams as Harry abducts her. Despite managing to get on the vessel just as it leaves the dock, Audry is unable to reason with her psychotic brother, who returns to the scene of the disturbance. Emily and Audry are barricaded inside the boat’s cabin; they soon hear a wailing sound and rattling as objects on the boat start ascending again. Emily and Audry are sent flying off the cabin ceiling and Audry is carried into the sky as the cabin door gives way. The local authorities discover Emily alone in the cabin of the vessel the next morning.

Audry is dropped into the ocean alive and treading water as a voiceover plays from an earlier scene in which she explains why biologists are justified in taking certain fish out of their natural habitat to study.

The Block Island Sound (2020) is recommended as a ‘one time watch’ supernatural horror & thriller film by Brainless Pen. 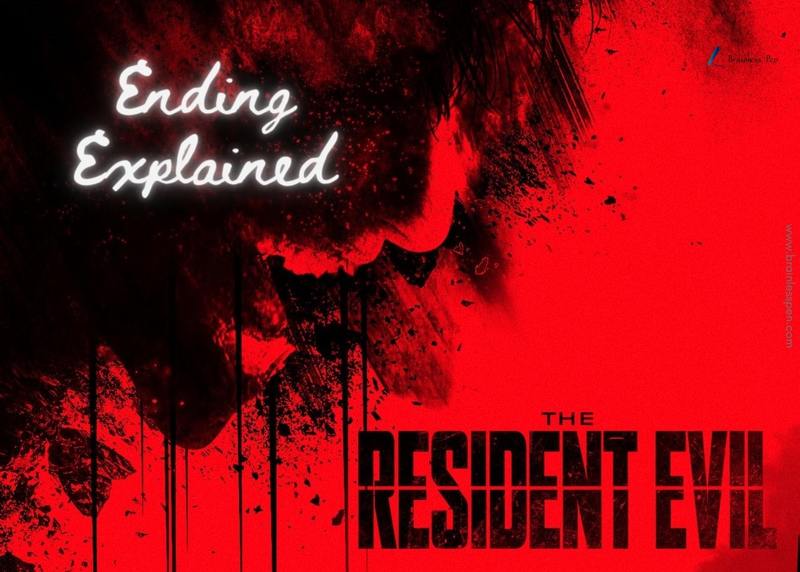